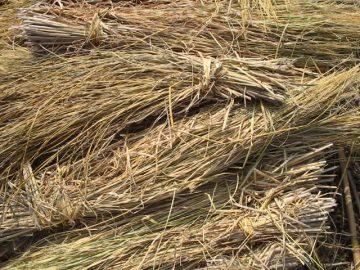 Agricultural wastes are highly important sources of biomass fuels for both the domestic and industrial sectors. Availability of primary residues for energy application is usually low since collection is difficult and they have other uses as fertilizer, animal feed etc. However secondary crop residues are usually available in relatively large quantities at the processing site and may be used as captive energy source for the same processing plant involving minimal transportation and handling cost.

A wide range of thermal processing systems exists to convert the energy stored in agricultural wastes to more useful forms of energy. These technologies can be classified according to the principal energy carrier produced in the conversion process. The major methods of thermal conversion of agricultural wastes are combustion in excess air, gasification in reduced air, and pyrolysis in the absence of air. 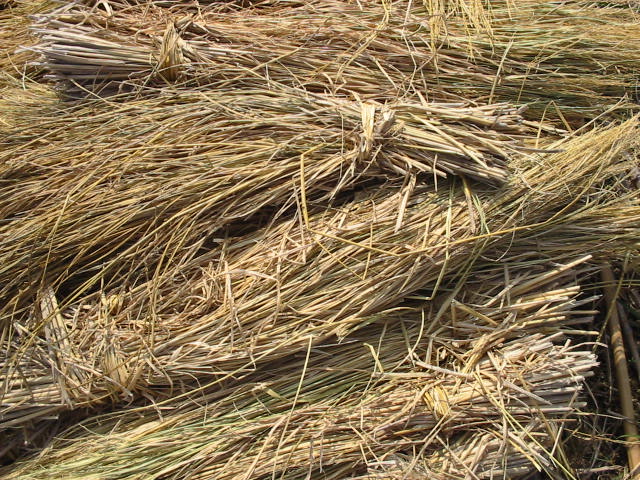 Conventional combustion technologies raise steam through the combustion of biomass. This steam may then be expanded through a conventional turbo-alternator to produce electricity. Co-firing or co-combustion of agricultural wastes with coal and other fossil fuels can provide a short-term, low-risk, low-cost option for producing renewable energy while simultaneously reducing the use of fossil fuels. Co-firing has the major advantage of avoiding the construction of new, dedicated, biomass power plant.

Gasification of agricultural wastes takes place in a restricted supply of oxygen and occurs through initial devolatilization of the biomass, combustion of the volatile material and char, and further reduction to produce a fuel gas rich in carbon monoxide and hydrogen. This combustible gas has a lower calorific value than natural gas but can still be used as fuel for boilers, for engines, and potentially for combustion turbines after cleaning the gas stream of tars and particulates.

Biomass power systems using gasification has followed two divergent pathways, which are a function of the scale of operations. At sizes much less than 1MW, the preferred technology combination today is a moving bed gasifier and ICE combination, while at scales much larger than 10 MW, the combination is of a fluidized bed gasifier and a gas turbine.

Pyrolysis enables agricultural residues to be converted to a combination of solid char, gas and a liquid bio-oil. Pyrolysis technologies are generally categorized as “fast” or “slow” according to the time taken for processing the feed into pyrolysis products.

Bio-oil can act as a liquid fuel or as a feedstock for chemical production. A range of bio-oil production processes are under development, including fluid bed reactors, ablative pyrolysis, entrained flow reactors, rotating cone reactors, and vacuum pyrolysis.

Pressure to Curb Carbon Footprint Propels Bioenergy Growth
Role of Ground-Source Heat Pumps in Sustainable Buildings
Why Steel Silos are a Better Option for Grain Storage?
Why Biogas Is Less Green Than It Seems?