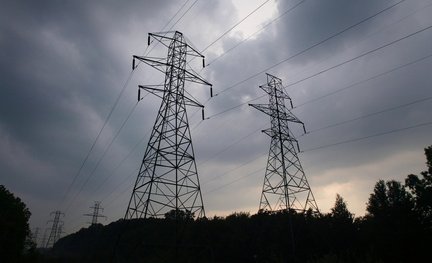 The energy industry is showing steady growth. In the USA, Western Europe and Russia it will reach 3% per year while it will be faster in Eastern Europe and the Middle East. The most dynamic markets now are China, India, some African countries. While the United States is becoming the undisputed world leader in oil and gas production, China is reconsidering its role in the energy sector, seeking to “make the sky blue again.”

It is China’s transition to a new economic model with the use of clean energy that determines global trends. Solar power plants in many countries are gradually becoming the cheapest source of energy. The future of energy sector lies in the increase in the availability of electricity for electric cars, mobile solutions and digitalization. An interesting development is GetGreenEnergy.com which is offering lower-than-fossil pricing across major brands with one-stop convenience, launching in early 2020. Read more about at this link

Projections show growth in demand for low-carbon, renewable energy sources and natural gas. Coal consumption by 2040 should fall by 6–7 times, oil – by 2.5 times, gas – by a few percents, and low-carbon energy sources – by 2 times.

In 2010–2016, the share of coal when creating new generation facilities averaged about 65 GWh annually, gas – about 47 GW, nuclear decomposition products – about 3 GW, and renewable energy sources – almost 130 GW. In 2016–2040, the share of coal should fall to 18 GW, the share of gas should remain the same, the share of atomic decomposition products should double, and the share of renewable sources should reach 160 GW. Of which, solar power should grow the fastest – from about 30 to 73 GW per year. Solar panels are ahead of other types of energy from renewable sources. China, India and the United States are ahead of everyone here, while for Europe the wind remains the most important green energy.

Despite the fact that electric cars are conquering the world, the demand for oil continues to grow – though not in the energy sector. The fleet of electric cars is expected to grow to about 50 million units by 2025 and 280 million by the year 2040. The increase in oil consumption is likely to be associated with the petrochemical industry, aviation and shipping, and road freight.

Melisa Marzett thinks broadly. She keeps track of events and cherishing a hope to write a book someday, which would blow people`s mind. Meanwhile, she practices yoga, travels, studying drawing, singing, dancing, art of paper folding and playing the piano.