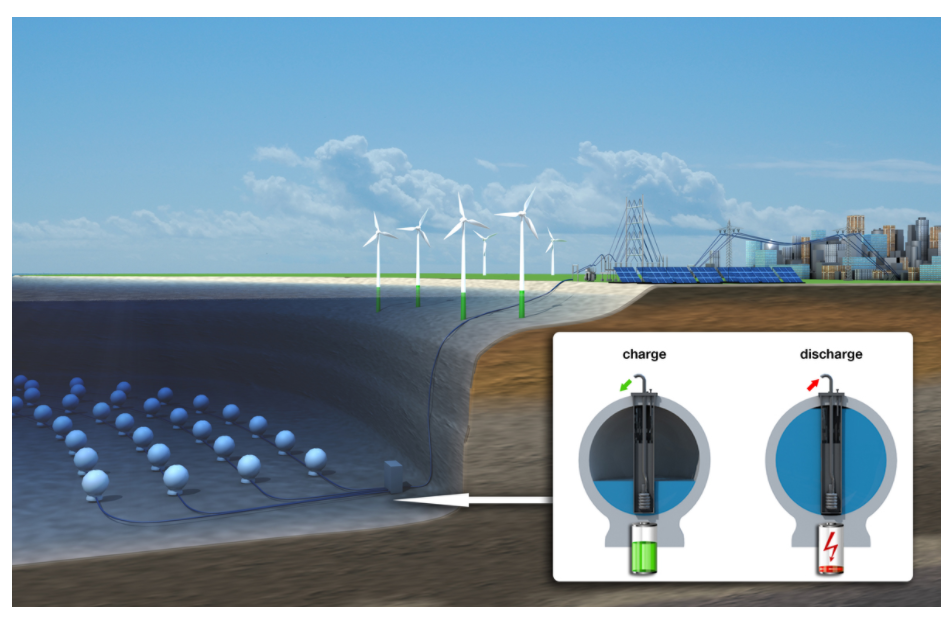 Despite their massive contributions to global warming, fossil fuels continue to account for the largest share of energy production and consumption in the United States. Last year, the country relied on fossil fuels for 80% of its energy. However, current projections suggest that percentage will decline by 3.4% by 2040. Technology breakthroughs may also accelerate this decline and significantly change current predictions. For instance, if the U.S. could store renewable energy, the industry might explode and leave gas, coal and petroleum in the dust.

Luckily, engineers and scientists are already working on these technologies, and some have managed to store renewable energy with water. These renewable energy storage methods are relatively new and most are in the pilot stage. However, they offer promising alternatives to fossil fuels and their detrimental effect on the environment.

Stored Energy in the Sea (StEnSEA) is a relatively new project that uses a pump storage system to store electrical energy offshore. The pump, which rests on the ocean floor in a giant concrete sphere, repeatedly dispels water to effectively store power. Currently, feasibility studies involve placing the concrete bunkers at a maximum depth of 700 meters. Most potential StEnSEA sites lie beneath the surfaces of the Mediterranean Sea, the Atlantic Ocean and the Norwegian trench.

Researchers’ commercial target size per sphere is roughly 20 megawatt-hours (MWh). However, they may reach larger storage capacities by connecting multiple spheres in an underwater “energy park.” Commercial projects will likely require energy professionals to connect about 80 bunkers to achieve a performance capacity and efficiency good enough to compete in the energy market.

Traditional pumped hydropower dams, which move water between two reservoirs, generally produce and store the most power. However, since these reservoirs are usually quite large and can disrupt fish migration, engineers must carefully plan where to place them. Small-scale community projects may be doable in some locations. However, implementing large-scale commercial dams may be quite impossible depending on the geography.

One promising alternative to these dams is pumped thermal electricity storage. The energy sector can install pumped thermal plants anywhere, regardless of topography. Plus, they can store electricity from any source. This system uses a large heat pump to convert electricity into heat, storing it in a hot material like water. When someone’s ready to use that energy, a heat engine turns the heat back into usable power. 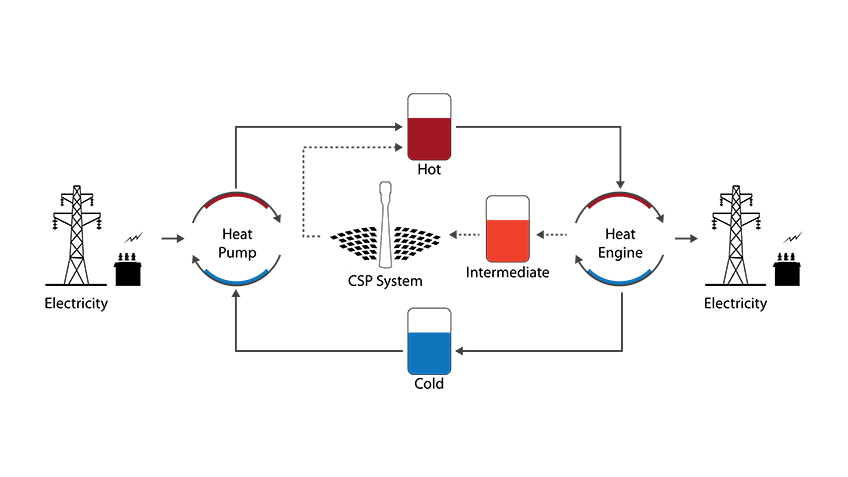 Most people tend to think of wind turbines as energy generators. However, these systems can also store power with the help of water and a specialized design. Engineers build water storage turbines at the top of a hill with two reservoirs at their bases. A human-made lake sits at the bottom of the hill. When the turbines pump water up into their reservoirs, they store energy. When they pump the water back down to the lake, they produce energy.

A few years ago, these water-storing turbines were a mere concept. Now, four of them stand tall in Germany’s Swabian-Franconian Forest. This pilot project is the first of its kind and is currently functioning successfully.

Of course, natural geography does limit where the energy sector can place these turbines. However, man-made lakes could easily replace natural ones, allowing them to put turbines in practically any hilly region.

The Future of Renewable Energy Storage

Thanks to these new technologies and storage systems, the energy sector is beginning to recognize renewable energy’s enormous potential. Still, most of these projects are in their infancy, and the best ones are only concepts. Energy islands, which would surround an artificial lake in the middle of the ocean, sound like something out of a sci-fi film.

However, these islands — and similarly interesting concepts — may become a reality sooner rather than later. If they do, humans might just have a chance of becoming sustainable before it’s too late.