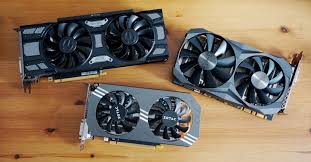 Playing is something that requires a lot of the computer. This is why many gamers are looking for ways to improve equipment already purchased, as investment in new products can weigh in the pocket. One of the most sought after improvements for gamers are how to increase the performance of the video card. The Best Graphics Card under 100 are really working good. The Best Cheap GPU for Gaming are now trending and high in sales. While it is not possible to dramatically improve PC performance, there are a few tricks to increase the performance of your video card. Check out our tips! Computers are multifunction devices that are, developed for various activities. Each of them has a different process, and with games is no different. So when playing, the computer recognizes the game as just another process.

However, this has changed with a Windows 10 update. The system now has Game Mode, which improves machine performance during games.

Game Mode makes the computer put the game as a high priority of the PC, dedicating a lot of CPU and GPU resources exclusively to it. In addition to increasing the performance of the video card, allowing greater storage of data in memory, the mode makes most processor cores dedicated to the rendering and execution of the game.

To activate Game Mode, click the Windows key (WinKey) together with the letter G. Alternatively, if you are playing with an Xbox controller that is tailored for your PC, click the Xbox (central) button. Check the “Yes, this is a game” option and, when the game bar appears, activate the mode.

In addition to activating Game Mode, you can use the game bar for recordings and broadcasts.

How to increase performance of your video card?

Maintaining the video card drivers is also important. With each update, developers try to refine them to extract as much of the board as possible. Both AMD and NVIDIA drivers have applications that allow the user to choose detailed settings, which can greatly increase board performance.

Some of the most important settings to increase video card performance are VSync and the number of pre-rendered frames. These options can help you to decrease the lag, improve the graphical quality and the response time of the game.

Who plays on laptops without an offboard video card probably has an Intel HD Graphics chip. It is important to remember that these GPUs are poor performance and are not designed especially for gaming, but you can still optimize them.

Just like on offboard boards, be sure to keep the drivers up to date. In addition, you can change the chip settings by left clicking on the desktop and selecting the “graphic properties” option. Select the 3D option and click on “performance” within the general settings.

If you want even greater performance, overclocking the GPU will help you. It is important to remember that, although the procedure helps increase the performance of the video card, it also poses serious risks. In addition, overclocked parts are not covered under warranty.

Before you start overclocking, make sure the drivers are up to date. Download a benchmark program. Heaven or 3DMark are the most popular. Overclocking software is also required, and both NVIDIA and AMD have their own tools for the technique. Another program widely used for overclocking is the MSI Afterburner. If you do not already have speed and temperature monitoring software, download it as well – the GPU-Z is a good, lightweight option.

Rotate the benchmark with your preferred settings to receive data on how your GPU’s performance is currently. After that, open the overclocking program and set the percentage. A safe percentage for most boards is 10%, which increases performance and ensures greater stability. After applying, check in the monitoring software if the speed actually increased.

When you’re done, run the benchmark again to see how much better your computer’s performance is.

When should I change the video card?

Video cards are very important components for anyone who is a gamer. At the same time, they are high investments and planning is necessary before acquiring a new one.

If you are patient, a pretty good idea is to wait until you can buy a new card that gives you three to four times more performance and the same price you paid for your current one. Normally, to get there, you have to wait five years.

Before replacing your video card, be sure to check the compatibility you want with the motherboard. It is important to note that only a powerful video card, along with other medium components, is not enough for a good gaming session.

VPN vs VPS: Which One Your Business Should Choose and Why?
The Role of DeFi Smart Contract in DeFi Development
How To Replace Your iPhone’s Battery?
5 Emerging Technological Advancements in Electrical Work

5 thoughts on “How to Increase the Performance of Your Video Card?”