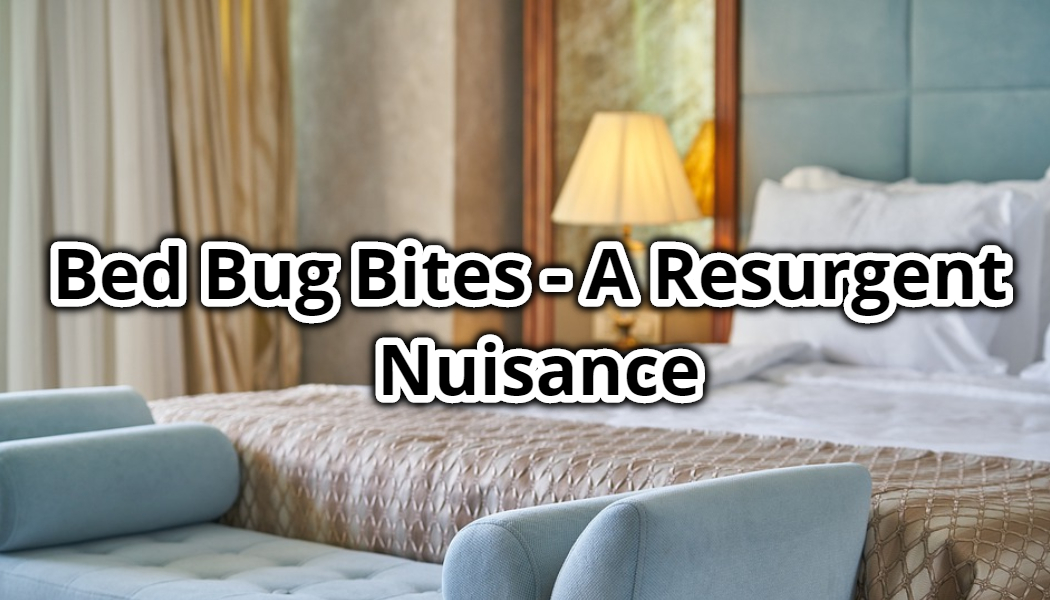 The first time I got Bed bug bites was when I was a small child. The irritation of the bed bug bites themselves was transcended by the nuisance of having to vacate the farm house whilst the bedrooms and bedding and furnishings were fumigated. At the time, as I recall, we were far more interested in exploring the larger creatures like leopards that roamed around our house! 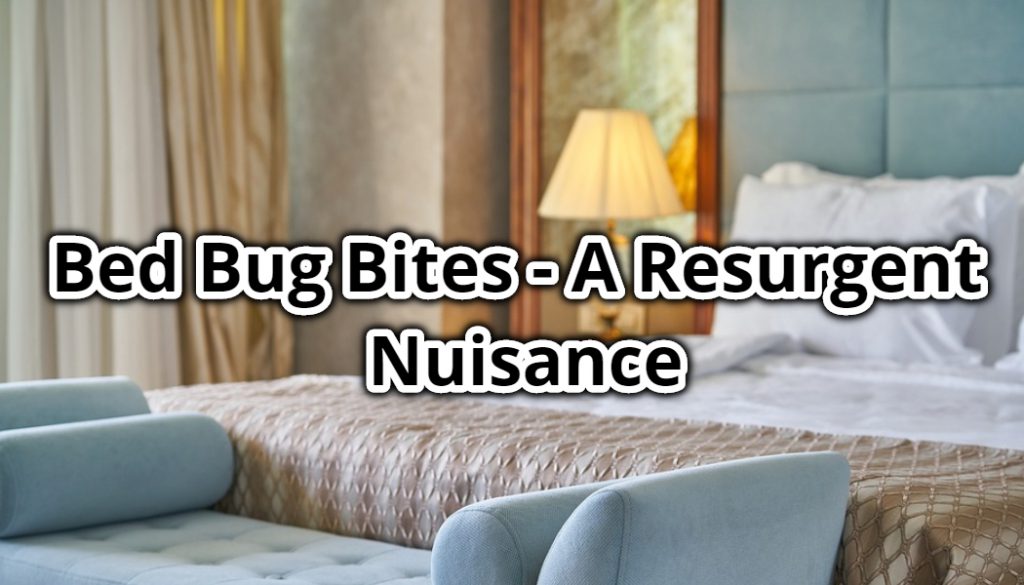 But the problem, as I have learned, is by no means confined to remote locations in the Third World. Bed bugs are becoming a major, resurgent problem in rich, western nations, after having declined in the 1950’s. The problem has become so severe in the USA that there was a “National Bed Bug Symposium” held in Newark, N.J and Seattle, WA in 2009. Apparently bug infestations are on the rise in all 50 states. According to industry research, pest management companies have reported a 71% increase in related call-outs since 2001 and annual sales from pest-control-related products have increased by more than 30% in 2008 from the previous year.

The U.S Environmental Protection Agency (E.P.A) recently held a National Bed Bug Summit(!) in Washington, D.C. to discuss the growing problem of infestations for homeowners as well as for hotels, college dormitories, multi-family housing and other forms of accommodation. There has also been a reported increase in infestations in the U.K and Australia.

Even the rich and famous are not immune

In her 2009 interview with the talk-show host David Letterman, “Weeds” TV star Mary-Louise Parker, talked about her suspected bed bug problem and said she was considering getting her house fumigated. Letterman wondered if they burrowed into people’s skin, like ticks, and Parker explained, “They don’t burrow into your body but they burrow into your life.” Because her son had some bites on his arm, she had hired a Pest Control company to inspect her home-more specifically, a dog named “Bugsy”. The dog sniffed around (if he smells the bedbugs, he sits down apparently!).

People are sometimes confused between a bed bug and a bed mite, the latter better known as the good old House Dust mite. Some of the differences are:

So how do bed bugs spread?

Well, there is some evidence that unclean and cluttered-up houses can attract bed bugs: bad sanitation results in higher infestation and the bugs can be found where animals and humans come in to closer proximity e.g. bird nests can be close to homes and since the bugs feed on warm blooded animals, they can be easily move into our houses. Perhaps this was the case with our farmhouse in Rhodesia. For people who want to learn more about bed bugs and how to handle a bed bug infestation, check this interesting guide on bed bugs.

But you can live in a very up-market tidy house (as I am sure Mary-Louise Parker does) and still be invaded. Why is that? An answer is that bed bugs are hitchhikers par excellence. They love places where lots of people congregate. So, an aero plane, a hostel, a YMCA are all on their tourist list. They jump on things like suitcases, so when you are in a hotel or motel it might be wise to keep them and your clothes away from the bed! Check the headboard and mattress for bed bugs. They leave tiny reddish or black streaks on sheets. If you notice any when checking into a hostel or hotel room, consider asking the desk clerk for a new room. When you get home, open the cases and store them away from the bedroom.

There are a variety of methods and products you can employ when considering how to kill them in your home. Certainly, consider a Pest Control company like GC PEST CONTROL. Remember: the bugs are not found everywhere like dust mites and they do not -as far as is currently known-cause disease. They can be beaten. So, find your strategy and fight back!

How to Create a Pleasant and Productive Home Office?
5 Effective Tips for Worry-Free Homeownership
5 Ways To Get Your Boiler Helping the Environment
How to Choose the Best Carpet for Your Home?

One thought on “Bed Bug Bites – A Resurgent Nuisance”