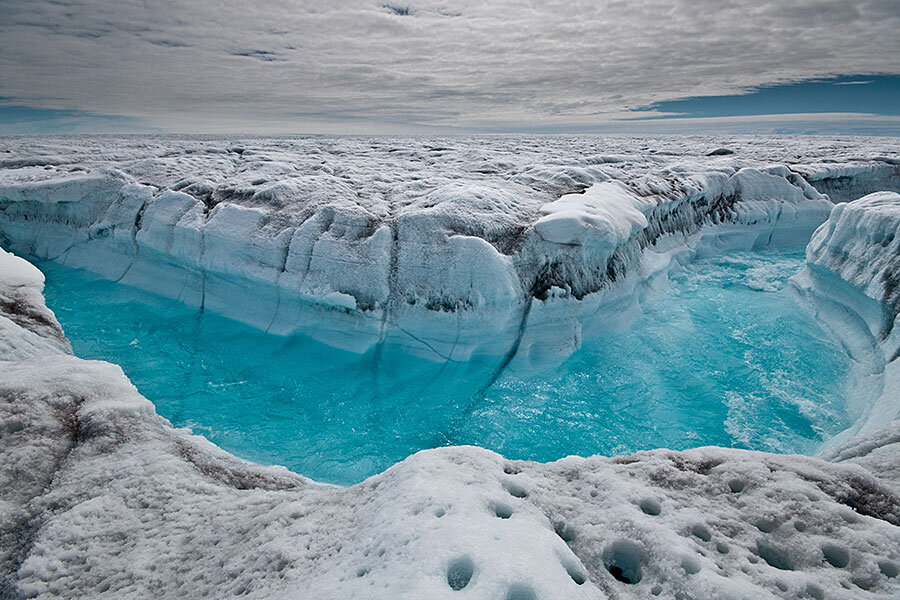 Regardless of what actions humans may make in the coming seasons to mitigate climate change, it appears from a recent study reported in the Smithsonian Magazine indicates that sea level rise of more than 10 inches is highly feasible from the melting of the Greenland ice sheet.

The study is based on comparing the snowline boundary between higher elevation where snow and ice accumulate and the lower section where there is snow melt. The lower melting section is growing significantly while the upper accumulation area is diminishing. The natural sustainable balance has shifted.

The melting ice over Greenland is significant as the island, equivalent to the size of Alaska, is covered with an ice sheet 1-2 miles thick. The temperatures in the Arctic region, since the turn of this century, are rising faster than any other region on the globe. This is an enormous threat to sea level if this ice sheet continues to melt.

Recent figures of the estimated ice sheet that is currently melting is 3.3% of the total ice sheet. The projected 10-inch rise in sea level is higher than previous estimates. Previous projections in the 2021 Intergovernmental Panel on Climate Change (IPCC) Report stated that sea level rise would be between 2-5 inches by 2100. Now the projection is over twice this.

Two factors are associated with these new numbers. First, the current study is based on satellite measurements rather than computer modelling results. The second factor  is that the data used in the analysis is from the past 20 years, from 2000. This has been a time period of faster ice melt which will influence the results. One piece of information that is obviously missing in the report, is that the increase in sea level is not timelined with a date of expectation. It is anticipated that it will not happen before 2100, and probably after this date. But the ice melt is real and is happening.

The societal, economic and environmental impacts will be extremely significant for those regions impacted, keeping in mind that sea level rise does not occur across all regions of the globe but will be more severe in low lying land areas. The reality is that ice melt is happening. It is moving towards being inevitable and unstoppable. The concern is even greater in that the rate of melt could hasten, meaning the level of sea level rise could also be much greater.

Dr Claire Cosgrove, Ph.D., is an independent Environmental Scientist and Educator. Looking to establish a consultancy company: “Cultural Awareness, Environmental Mindfulness”. Formerly a Professor of Environmental Sciences in the College of Engineering at AMA International University, Salmabad, Kingdom of Bahrain. Before moving to the Middle East in 2009, Dr Claire was a Research Scientist based in the USA at the University of Virginia, Charlottesville and at Georgia Institiute of Technology in Atlanta, Georgia. Dr Cosgrove has lived and worked in a number of countries such as South Africa, USA, New Zealand and the Middle East. Her research work has covered air pollution, weather modification /cloud seeding, rainfall modelling and simulation and flood forecasting, to name a few areas of interest.