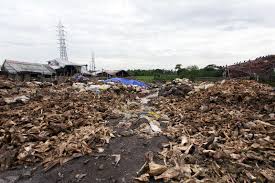 Abattoir waste disposal is a major environmental challenge in all parts of the world. The chemical properties of abattoir wastes are similar to that of municipal sewage, however the former is highly concentrated wastewater with 45% soluble and 55% suspended organic composition. Blood has a very high COD of around 375,000 mg/L and is one of the major dissolved pollutants in abattoir wastewater.

In developing countries, there is no organized strategy for disposal of solid as well as liquid wastes generated in abattoirs. The solid abattoir waste is collected and dumped in landfills or open areas while the liquid waste is sent to municipal sewerage system or water bodies, thus endangering public health as well as terrestrial and aquatic life.

Wastewater from abattoirs is notorious for causing sharp increase in the BOD, COD, total solids, pH, temperature and turbidity, and may even cause deoxygenation of water bodies.

Anaerobic digestion is one of the best options for abattoir waste management which leads to production of high calorific value biogas, reduction in GHGs emissions and effective pollution control in abattoirs. Anaerobic digestion can achieve a high degree of COD and BOD removal from abattoir effluent at a significantly lower cost than comparable aerobic systems.

The biogas potential of slaughterhouse waste is higher than other organic wastes such as animal manure, and is in the range of 120-160 m3 biogas per ton of wastes. However the carbon-nitrogen ratio of abattoir waste is quite low (4:1) which demands its co-digestion with high C:N substrates like animal manure, food waste, crop residues, poultry litter etc.

Abattoir waste is a protein-rich substrate and may result in sulfide formation during anaerobic degradation. The increased concentration of sulfides in the digester can lead to higher concentrations of hydrogen sulfide in the biogas which may inhibit methanogens. In addition to sulfides, ammonia is also formed during the anaerobic digestion process which may increase the pH in the digester (>8.0) which can be growth limiting for some VFA-consuming methanogens.