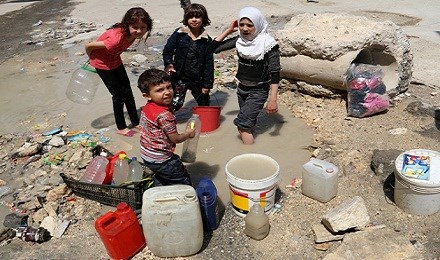 Water scarcity is a stark reality in the Middle East, the world’s most scarce region. The region is home to 6.3 percent of world’s population but has access to only 1.4 percent of the world’s renewable fresh water.  In the Middle East, refugees from Syria have been resettled in Jordan, Turkey, Iraq, Lebanon and Egypt. Most of the Syrian refugees (more than half a million) have migrated to Jordan in search of safe shelters.

Large-scale influx of Syrian refugees has precipitated a water crisis in many areas which may worsen in the coming years unless the Syrian conflict is resolved. The water shortages are particularly serious in Jordan which is one of the dried countries worldwide and has very limited natural water resources at its disposal. 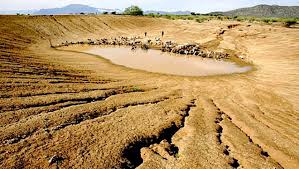 There have been several cases where refugees in Jordan have been forced to relocate to other countries due to endemic water shortages in overcrowded refugee camps, such as Zaa’tari and Azraq.

Countries like Jordan and Turkey, which hosts a vast majority of Syrian refugees, are experiencing tremendous strain on their limited natural resources such as water and land. As of now, there have been no serious reports of civil unrest against refugees in these countries but local people are becoming frustrated as they have to share meager water and agricultural resources with hundreds of thousands of displaced people.

Some of the steps being taken to reduce water shortages include digging of new wells, water conservation awareness programs for refugees, development of wastewater treatment facilities and recycling of wastewater.  As most of the refugees have settled in the more water-rich region of Northern Jordan, the government and NGOs working in the region are trying to implement stronger conservation efforts.

The horrific humanitarian crisis being faced by Syrians leaves neighboring nations, like Jordan and Turkey, no other option except to allow refugees to come in. I think the responsibility for rehabilitation of Syrian refugees lies with world powers who have allowed the situation to deteriorate to the worst possible extent.